We have been awarded the framework agreement for Swedish Maritime Administration (SMA), for the service of Multibeam Echo Sounder (MBES) Hydrographic Surveys on Swedish shipping routes in the Baltic Sea. The framework contract, with the Swedish Maritime Administration (SMA), regarding hydrographic surveys in the Swedish sea areas 2017-2019, with possible extension one year at a time until 2021.

Based on the framework contract and the present available budget, SMA plans to sign one or more contracts, per year, covering specific areas to be surveyed 2017 and 2018 respectively.

The name of the framework contract is “ODIN Surveys”. 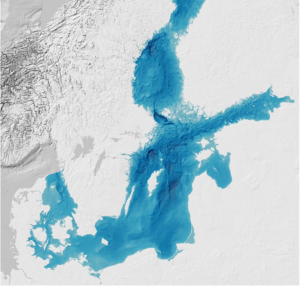 SMA has received grants from the EU-fund Connecting Europe Facility for the surveys as part of the FAMOS (Finalizing surveys for the Baltic motorways of the sea) project.

SMA is the government agency primarily responsible for providing infrastructural services in the form of safe and accessible fairways to meet the needs of shipping in territorial as well as in EEZ waters. A comprehensive MBES survey of the areas specified herein is critical for the efficient routing and safe navigation of all types of shipping especially with regards to deep draught shipping. The results of these hydrographic surveys will be used in updating nautical charts and associated navigational. 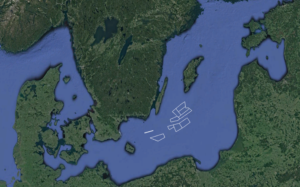 Overview of the survey areas in Odin III

Clinton Marine Survey was awarded the survey called ODIN THREE. The survey area is around 3 000 km^2 and will be collected with the state-of-the-art multibeam EM2040 Dual head/Dual swath. The entire project will be processed with EIVA NaviSuite to be able to export the deliverables.

Read more in our blog